An electricity interconnector is a collection of assets that connect the electricity systems of two countries and enable electricity to be transmitted between them. These assets are typically broken down into:

We will explore these assets further below but first we need to understand what a megawatt is and why we transmit or move electricity in the first place. 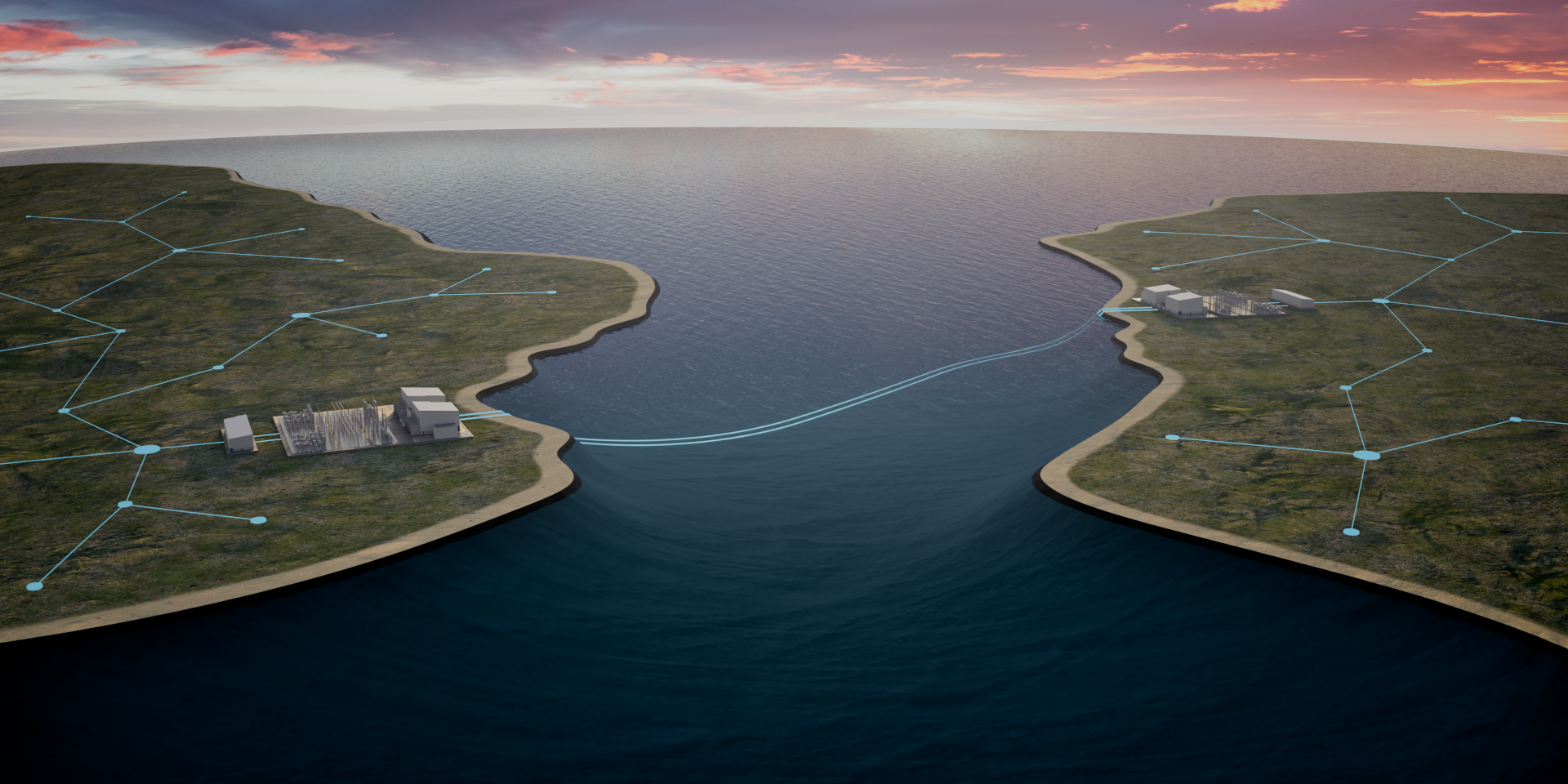 BritNed has a capacity of 1000 megawatts but what is a megawatt? Electrical power is measured in units called Watts and we use multiples of Watts to describe significant electrical power. For example:

Electricity is typically sold in hour blocks and when we refer the amount of electrical power that can be moved in an hour, we add an 'h' to the end of the units above. In the case of BritNed, we can move 1000MW every hour, so this would be written as 1000MWh.

The amount of electricity that starts the journey will not be the same amount that arrives at the end. BritNed uses High Voltage Direct Current (HVDC) technology to efficiently transport electricity between Great Britain and the Netherlands with a loss factor of only 3%. This means when we move 1030MW from Great Britain, 1000MW will arrive in the Netherlands.

However, whilst HVDC is great at minimising losses, the electricity networks in Great Britain and the Netherlands operate using Alternating Current (AC), not Direct Current (DC). This is why we need converter stations.

What is a converter station?

A converter station changes Alternating Current (AC) to Direct Current (DC) and back again. At BritNed, we have two converter stations, one located on the Isle of Grain in Great Britain and one in Maasvlakte in the Netherlands. Each site is approximately 5 hectares or 7 football pitches.

Our converter stations allow us to connect to the electricity systems in Great Britain and the Netherlands. Both sites are almost identical with a couple variations for the electricity networks that they are connecting to but they all have the following main areas:

We have two control rooms, one at each converter station. The Isle of Grain converter station serves as our primary site where the daily operations of the interconnector are closely monitored by our team of expert operators and engineers.

When BritNed is moving electricity from one country to another, it will first enter our installation at the AC Yard. This is where we have a physical connection with the AC electricity system.

BritNed is a bipole interconnector, which means we have 2 poles each with a transmission capacity of 500MW. For each pole we have 3 transformers for a total of 6 installed at each site. Each transformer weighs 282 tonnes including the oil and measures approximately 10m x 4m x 5m.

From the transformers, the electricity will enter the Valve Hall. It is in the valve hall where the conversion between DC and AC takes place. When we are exporting from Great Britain we will be converting AC to DC in the Isle of Grain Valve Hall and when that electricity reaches the Netherlands, it will be converted from DC to AC in the Maasvlakte Valve Hall.

The Value Hall contains 1200 thyristors which are solid state valves that actually do the conversion between DC and AC.

From the Valve Hall, the electricity will enter the DC Hall. This building contains the DC smoothing reactor which helps to reduce harmonics and improve system stability. In the DC Hall, it is also possible to see where the converter station is physically connected to the subsea cable.

What is a subsea cable?

Our two converter stations are connected by two subsea High Voltage Direct Current (HVDC) cables. As mentioned previously, BritNed is a bipole interconnector and we have one HVDC cable for each pole. From each converter station, these cables go into the North Sea where they are buried up to 3m below the seafloor to protect them. Each cable is made up of a number of layers to protect and insulate the copper core. Each meter of cable weighs 44kg and the total weight of both cables together is approximately 23,000 tonnes.

We use cookies to provide you with a great user experience and analyse site traffic . By continuing to use this site, you consent to our use of cookies in accordance with our privacy policy.